Discover the contemporary history of R-IT divided into decades. Have fun on this journey through time! 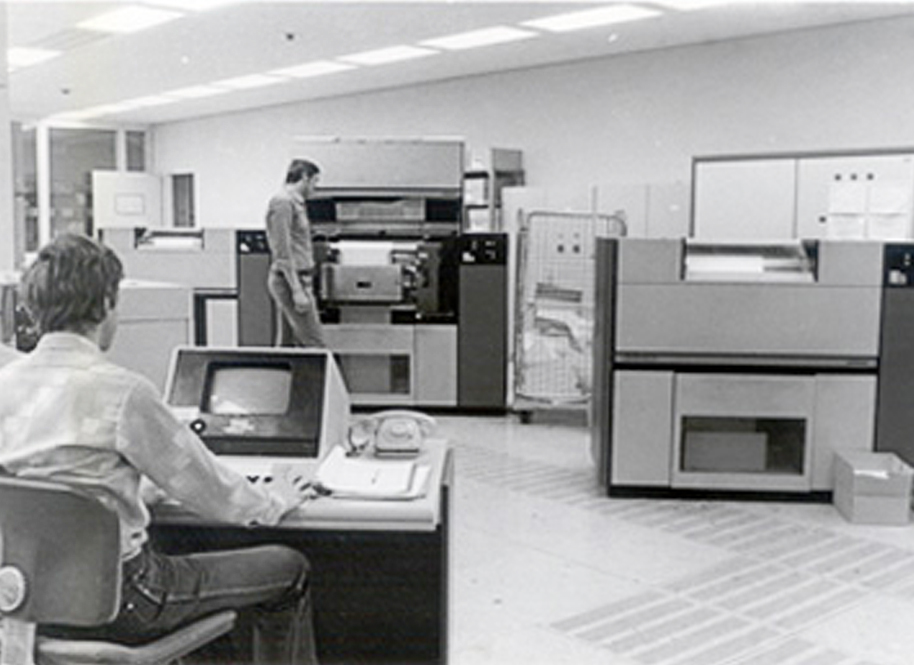 The meteoric development during the first years of R-IT is directly proportional to the rapid development of Information Technology as a whole. Not long after the first efficient computer system started operating, Personal Computers were put together. At the same time Steve Jobs and Steve Wozniak founded Apple, Raiffeisen Data Center was on the verge of finalising its Raiffeisenkassen conversion. Bookkeeping and also Security Papers were from now on processed electronically. Moreover, innovative Solutions for payment transactions were developed.

The 1980s made it possible to unite multiple computer units on a single microchip, thanks to the highly evolved Silicon Technology. These microchips also kick started the development of computers for private households.

Apart from that, IT-Trainings were offered from now and the computer market was entered, having a newly founded company. Additionally, RRZ bid farewell to Punch Cards in the area of large capacity computers and steadily dimensioned its storage capacity. The “Generelle Bankenordersystem” GEBOS is now in usage. 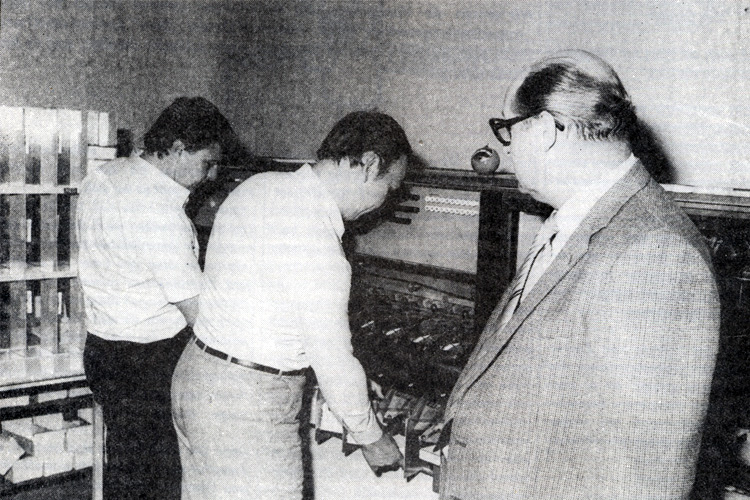 Utilizing the open Access to the Internet, the technological Development progressed at an unprecedented Pace within this Period of Time. One innovation outnumbered the other and all of them changed the consumer behavior as well as the way of working in the long term. Personal Computers and the World Wide Web reached Austrian Households. (Online) From now on, it was not only important to have a dense network of banks, but to also offer several online services. The internet was recognised as a new and separate Channel of distribution that enabled new dimensions of Customer support through interactive data transfers. 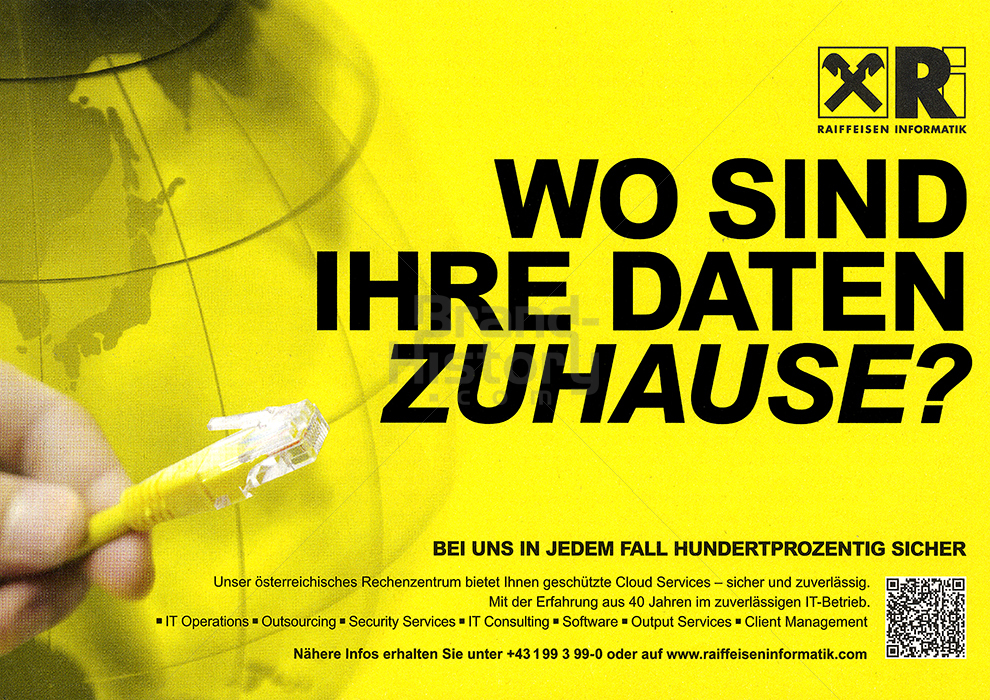 A decade, shaped through growth in every aspect, yet tremendously dampened because of the Collapse of the Global Economy in 2008. The new Corporate Strategy headed for new Markets and new Customers. Another Novelty is the redesigned Figurative Mark representing the now universal IT-Service provider. In this Function it also provides Services for customers outside of the Raiffeisen sector. Structural as well as Marketing steps were taken.

A new sales area called System Services was set up. First successes in the Application for the announcement of AustrianTruck-Toll become apparent. Plentiful new customers from many different sectors were won and likewise is the participation strategy oriented to offer services abroad.

The market conditions for core clients of Raiffeisen Informatik change vastly: Steadily increasing regulatory Requirements significantly influence the Banking Business. This Cost Driver accompanies a high Profitability and Cost Pressure. At the same time, Financial Service Providers are faced with fundamental changes in Customer Behavior.
Considering these trends, Banks and Financial Service Providers are forced to focus on IT more than ever. IT is an important strategic Cornerstone and Lever, when aiming to fulfill the more and more complex Reporting Requirements in a flexible and cost-effective Manner. Further, it promotes the Digitalisation of business models, which is currently of utmost importance. To account for these new frame conditions, Services of R-IT were refocused onto companies of the Raiffeisen sector.